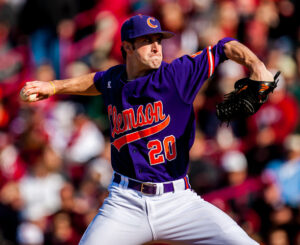 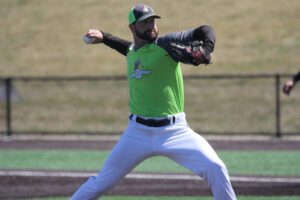 Scott grew up in Buffalo Grove, IL where he graduated from Adlai E. Stevenson High School in 2009 earning First Team All-State Honors as a senior.  Was selected in the 36th Round of the 2009 First Year Amateur Player Draft by the Baltimore Orioles but chose to attend Clemson University.  At Clemson, was a part of 4 straight NCAA tournament berths including a College World Series appearance in 2010.  Earned an invitation to play in the prestigious Cape Cod Baseball League in 2011 and was selected as an All-Star in that league.  Was drafted again in 2012 by the Philadelphia Phillies but chose to return for his last year of eligibility at Clemson.  Graduated from Clemson in 2013 with a Bachelor’s Degree in Sociology and was drafted for the third time in the 19th Round by the Colorado Rockies.  Played 3 seasons in the Rockies Organization and was voted an All-Star in the Northwest League in 2014 as a closer.  Most recently, Scott has played professionally in the American Association with the Texas Airhogs (’17), Chicago Dogs (’18-19’, ‘21), and the NERDS Herd of the City of Champions Cup (’20).

While recovering from Tommy John Surgery, Scott became the Bullpen Coach for the Chicago Dogs and the Pitching Coach at Oakton Community College during 2019.  Scott’s Pitching Staff at Oakton played a crucial role in the team making another appearance at the NJCAA World Series in 2021.  Since retiring from playing professional baseball, Scott has continued to coach and mentor some of the top pitchers in the area.  Scott has a passion for pitching that allows him to bring the best out of anyone he works with.  Combining traditional techniques along with cutting edge technology (Rapsodo Pitch Monitor, High Speed Video analysis) and pitching development programming (Velocity Development, Pitch Design, Rehab/Recovery, Strength & Conditioning) ensures that every player gets an individual and customized experience that is right for them.